ITALIANS OUT OF HIBERNATION

this weekend i will be in NYC at the WFMU record
fair hopefully buying all the minimal synth and
DIY 7"s before all the hawks come in (dealer
badge means 7am entry!)..

i will then stay awake until 7am and go back to
the record fair to grab more stuff before i jump
on a plane in the afternoon to head over to
Portland for the ITALIANS DO IT BETTER party.
We try to throw parties all over the USA whenever
we have a record to promote. This time we are promoting
a few records: BEATBOX on vinyl (with bonus 7"!) and
a new addition to the Italians family: Nite Jewel from
Los Angeles, CA. Also playing is Farah (her first Portland
gig ever!) When she is there she will hit the studio
with Johnny to work on some new tracks. Very busy
weekend for the Italians family. I'll be djing the gig
and the afterparty as well. The afterparty will be at
the "storefront". if you are from Portland you know
this place. Last time i played there it was pretty
insane. I love that place!

and FINALLY, regarding the ITALIANS gig. We will be
selling a gig -only PINK VINYL version of BEATBOX.
But have no fear, if there are any left i will lug them
over to NJ for mailorder!
Also at the party we will be giving away a new Glass
Candy cd called DEEP GEMS, which is a collection of
singles, b sides, and rarities. in between touring like
crazy, glass candy has been in the studio every possible
moment working on a new lp for 2009. in the meantime,
"deep gems" is a collection of rare tracks recorded
between march 2006 and october 2008. featuring 10
unreleased songs plus the remix of "miss broadway"
they've been playing live, and the 12" version of
"geto boys". here's the tracklisting of DEEP GEMS:

Check the TMU store on Tuesday for the
availibility of all the new releases.


ALSO AVAILABOE ON TUESDAY:
nite jewel "what did he say" 12" b/w
"let's go the two of us together"
two new underground synth pop songs from los
angeles' nite jewel. recorded on 8 track.
ramona g's singing is contagious, and the music
is out of this world. we love this girl! 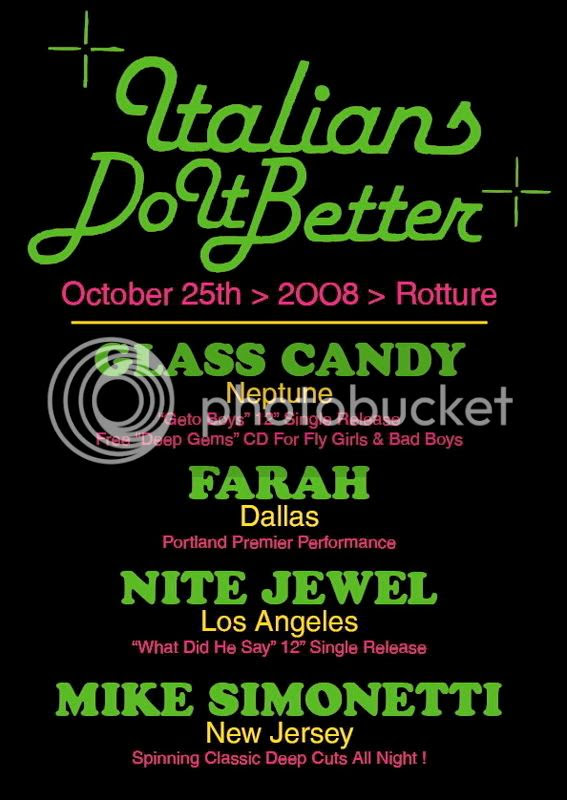 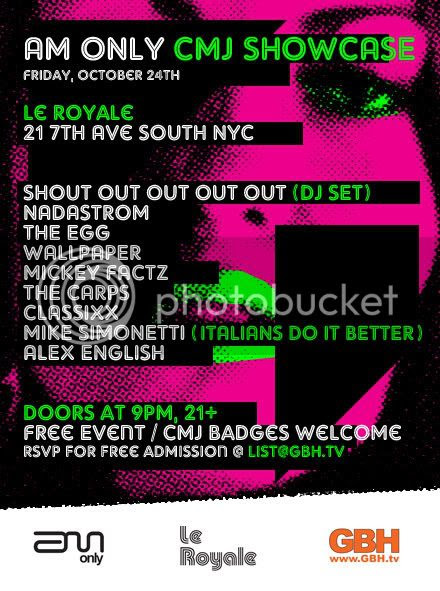 Would love to pick up this new stuff, but still waiting for update on mail order from LAST SPRING! C'mon dude, please respond.

will you be able to buy "Deep Gems" from the TMU-store?

hey can anyone post the lyrics of Glass Candy, animal imagination, soft boundaries please =) ? thanks in advance