attn NYC: expect a James Brown tribute at MOFO and Rubulad. sorry, but it gotta be done... this footage is by far the best thing by James i have ever seen: 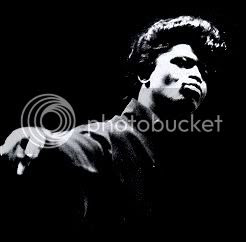 Needless to say, the man was a vital force in
music, and all that stuff. But i was REALLY into
him in college, and i obsessively collected
his records, and all of his side projects... This
was very hard back then, since it was before all
his stuff was reissued. I dare you to try to track
down the Sweet Charles record in 1995! Shit was
HARD! Anyway, In The Jungle Groove is one of the
best funk records ever made, by far. (even though
it isnt a proper studio album)- and its my favorite
record by James Brown. Theres a re-edit of Give It
Up Turn It Loose that is perfect, and the extended
Funky Drummer is on there. So much on one double
album. For a dj, its essential. As a record, its
a classic. 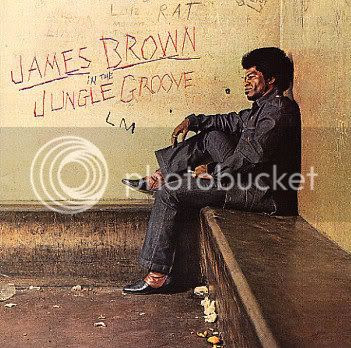 Posted by Italians Do It Better at 12:10 AM No comments:

Italians Do It Better is pleased to anounce
a new addition to the family. Farrah is from
the south and is truly something special. Check
it out, and download her songs:

speaking of the label, our first batch of 12"s
are coming out soon. Mirage, Farah, and maybe a
secret edit or two. 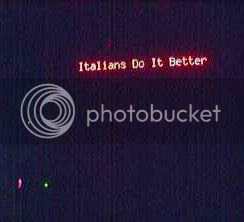 email me for info or guest list spots and Rubulad info,
since its a secret party. . . . etc. 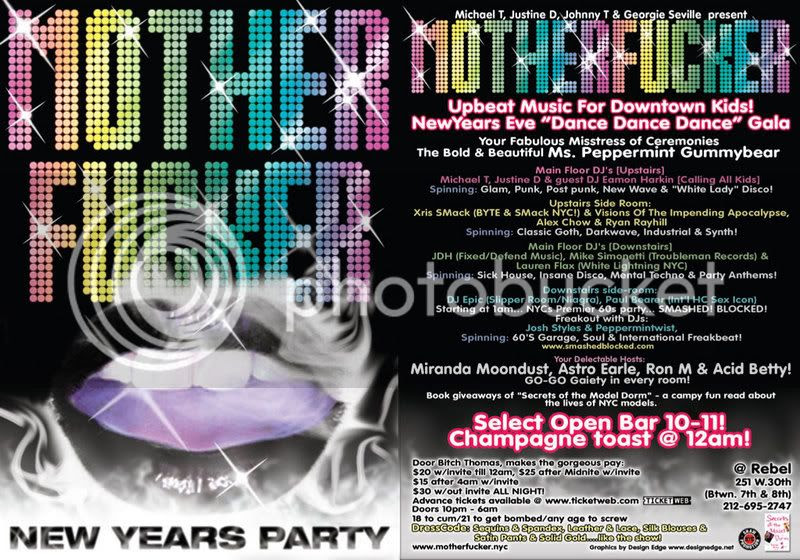 Posted by Italians Do It Better at 5:11 PM No comments: 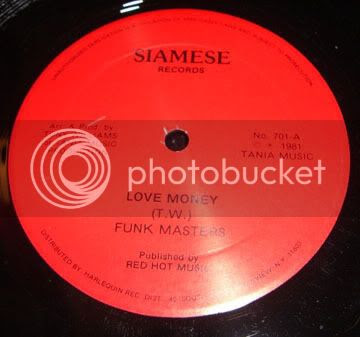 Been busy lately, sorry its been so sparse with
the postings. Produced by London's own Tony
Williams (not the jazz Tony Williams), who was
known more for his reggae as a BBC dj than his
disco. He assembled a bunch of reggae musicians
for a disco studio session and came up with one
hell of a track. Minimal sounds here. The drums
and synth stabs keep this going, and the
familiar bass line, which influenced the
famous Man Friday "Love Honey" bassline. The
a-side has a rap over it, which borrows
from the Dennis Brown "Money In My Pocket".
AND, the rap on this record is known as
the first ever UK rap. (by Bo Kool in 1979).

The instrumental was a staple with all the
djs - from David Mancuso to Larry Levan, who
liked it so much it can be argued he used it
as major influence for the Peech Boys, (and
of course his trubute Love Honey in the mid 80s)
One can even argue that this song may have been
the catalyst for the disco dub, because Levan
loved this song so much, and he has been credited
with the "invention" of the disco dub. A
pretty amazing feat for a record made in isolation
in the UK that was self released and financed!

The song soon leaked into spots like Studio 54,
where it was an all time crowd pleaser.
Very weird for such an odd little song.
Posted by Italians Do It Better at 6:25 AM No comments: 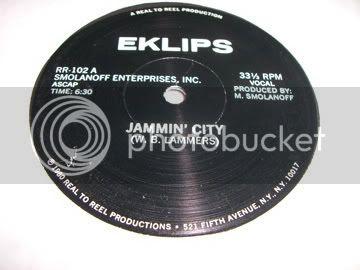 At least you can sometimes FIND the Moon Maiden record.
This one may be a little more elusive. Not much is known
about this group. Real To Reel records released a few other
12"s as well, but this one is the one you need to get. I was
able to find another Eklips 12", but it was pretty shitty.
The a-side is a heavy funky boogie number with wide open
drum breaks and heavy funk bass. Yet another obscure
disco break 12". The drumming on this song is almost
prog-perfect. REALLY tight drumming, but funky
nevertheless. The a-side is a nice disco boogie number
with hand claps and weird vocals.
Posted by Italians Do It Better at 7:09 AM No comments: 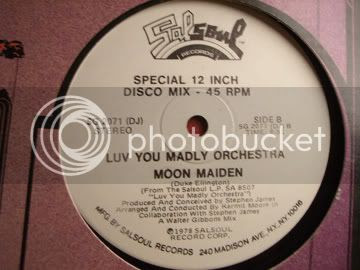 Special double shot since it's been a while . Moon
Maiden has been a favorite of mine for years, and
I just recently sorta "re-discovered" it. Anyway,
Luv You Madly Orchestra released a concept space
disco record revolving around some Duke Ellington
songs, and they also stuck an original on the a-side
(Rocket Rock)- which also smokes. Kermit Moore
and Stephen James arranged and produced this
futuristic and raw track. Nice and sparse production
topped off with some flanger effects on most of the
instruments makes this a trippy and especially spacey
track. The percussion and vocals are both super
insane, and there are a few points in this song when
everything gets super trippy and spaced out to the
point you can understand whats going on. Moon
Maiden is one of those rare tracks where every
second of the 8:51 on this piece of wax RULES. From
a production standpoint, it was ahead of the times,
and from a musical standpoint it is truly in a league
of its own. Try to get the lp as well. Theres some
really good songs on that thing as well.
Posted by Italians Do It Better at 6:34 AM 1 comment:

Beats In Space thing is up

Sweden was insane. Tim and I had a lot of fun
and Sweden is becoming my favorite country!
Thanx to Piotr and Anton for everything, and
apologies for my hungoverness. you guys rule!

anyway, you can now download and listen to the set
I did on Beats In Space last week. It wasnt up when I
posted it last week. sloppy mixing still intact! oops!


heres the playlist (secret tracks indicated by a
blank space if you want to guess!):

WE ARE YOUR FRIENDS
mike simonetti and Roc one (of the Bangers) playing at Fontanas.
105 Eldridge street in the basement.
10-4am free.

http://www.myspace.com/we_are_yourfriends
Posted by Italians Do It Better at 9:27 AM No comments: